We were appointed Woodward Distributors.

We built a new factory department which was used as the engine test shop. 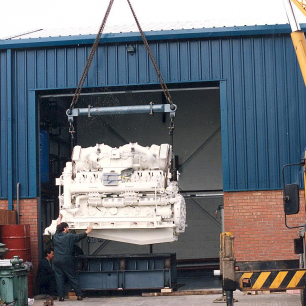 We were awarded a maintenance contract by the RFA for all on-site Fort Class vessel work.

In order to improve company efficiency of project turnaround we built a new stores department, which consisted of an expansion from the original 57.17m² area to a designated room of 126m².

We took on our first batch of apprentices including James who completed a three year apprenticeship scheme working four days per week whilst studying at the Colchester Institute. 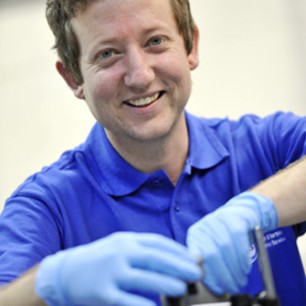 We begun providing our services within the rail sector.

Our second logo which existed until 2008.

Due to decreased demand, mainly from the Ministry of Defence, for engine overhaul work we decided that we would refocus solely on governing equipment. Many of the engineers involved were retrained to develop their expertise on governing work and are still part of the EGS team today; their background in engine work gives them an enhanced understanding of the work to be carried out on governing equipment. 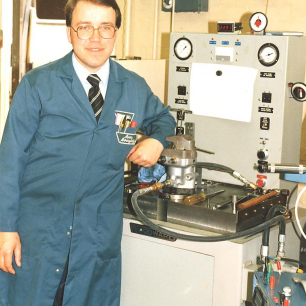 In 2001 we appointed Karl who completed an NVQ Level 2 Performing Engineering Operations with modules including the maintenance of mechanical and electronic systems. Karl started in the overhaul department, and with his training moved to the service and retrofit department. 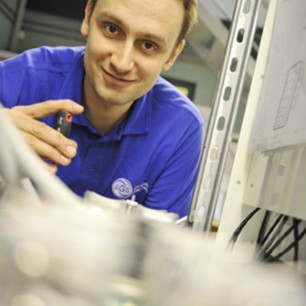